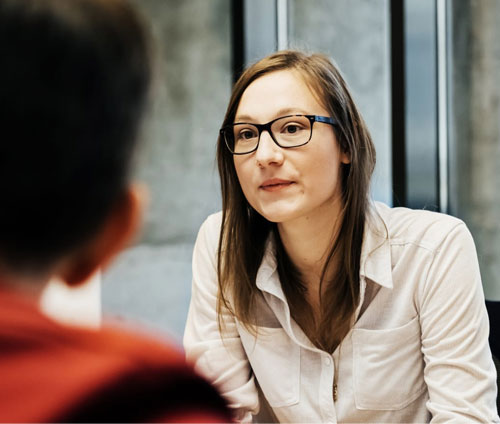 The Client: A senior executive of a major IT firm

The Need: Despite fulfilling the work expectations, the coachee had been waiting for a promotion for the longest time. He was a vibrant and talkative employee who was loved by his colleagues yet the senior management showed concern on his ability to handle the next level position. Due to this, he lost motivation to perform his best and started to rethink his career options.

Upon coaching, Samira observed that he wanted to advance professionally but was averse to his shortcomings. After some coaching sessions, he was able to introspect and find reasons of why he could not receive the promotion. His people- oriented behaviour gave the impression of him being a people pleaser and a non- serious employee. Once the area of improvement was identified, the approach was result oriented and soon he began use positive body language, communicated appropriately and became mindful of the messages he was sending. The coaching enabled him receive clarity of his goal and he directed his efforts towards them. He set practically possible and achievable daily targets for himself.

The Result: He documented his career aspirations in the annual performance review and received the promotion he had been waiting upon. He feels more confident and exuberates a positive yet serious working environment. He is perceived as a charismatic and an influential leader.