The toughest two-letter word for people-pleasers

Dave: But I’ve got plans on Thursday evening. Try to understand Sam, I have to attend my grandmother’s 75th birthday party. I’m her first grandchild after all.
Sam: I’m sorry, Dave. Just help me out. You know I would’ve drafted the sales report as asked, but I can’t submit it by Friday morning. I really need this favor.
Dave: (hesitant) Come to think of it, why can’t you do it?
Sam: I had already booked premium class tickets for the IPL game. It’s too late to cancel them and I wouldn’t want my money to go to waste. I’m in a sticky spot, Dave. Help me out.
Dave: (shrugs) Alright.
Sam: You’re the best.

Sam: May I come in, Sir?
Arthur: You know my door is always open. Have a seat.
Sam: Well sir, the thing is … I’m sorry to inform you in such short notice, but my family is celebrating my grandmother’s 75 birthday anniversary the day after tomorrow. I’m her first grandchild and she would be delighted if I could make it. It’s an afternoon celebration considering she sleeps fairly early.
Arthur: Well, you make a compelling case. We’re already falling short of our deadlines, but I’ll have to make this exception.
Sam: (delighted) Thank you so much, Sir.
Arthur: What’s the status of the sales report though?
Sam: It’s going well. I’ll be completing it tomorrow evening and present it on Friday morning, Sir. It’s on schedule.
Arthur: Alright then. You may leave.

That was the moment I stopped becoming a people-pleaser. Technically, that Friday morning should be considered as the turning point, but the former has been my last moment of weakness. It is unsurprising that the sales report never came to the fore considering the backstory to my conversation. Sam was left bemused when Dave failed to draft it on his behalf, despite the latter missing out on his grandmother’s birthday. The task was too difficult in such a short span of time. While I gave advice and empathized with Dave, I put my foot down on his  former-colleague. The stakes were high that day as the presentation was to acquire and pitch to big clients. I naively put my trust while going soft when it would’ve been wiser not to. 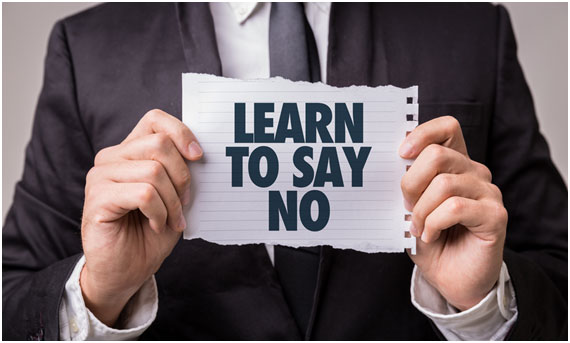 Putting an end to my people-pleasing days, I realized that a balance must be struck between being kind to others and being kind to ourselves, Dave can vouch for that as well. This becomes pivotal in any organization as well as in our personal lives. Polite refusal is better than digging our own graves. If one is unable to immediately refuse another, then the advisable option would be to ask for a little time to ponder over it. This will wedge out the impulsive element to please people while giving time to politely articulate a refusal.

It was strange for me in the beginning to come to terms with it, but I ironically found a positive in the negative connotation in the word. It was a lesson that I shared with Dave and these were his exact words, “Half-way through the report, I realized that I need to stand up for myself at times rather than satisfy the needs of others. Balance is something you create, rather than find. Hence, it’s okay to be selfish at times because I’m the sole omnipresent protagonist of my story while others merely enter and exit.”